Within a week I fell from a plane and flew a plane! It is hard to believe that I have been 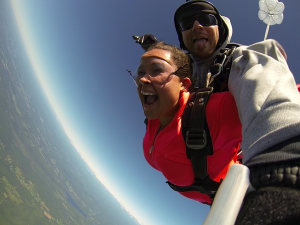 to both extremes within a week. I’m always looking for every opportunity to try something new! I usually don’t say no to new opportunities. Well, maybe trying certain slimy and crunchy foods is off limits: bugs. I don’t think I can bring myself to ever trying fried insects. I need to have some limits! People are incredibly brave who have tried them! The idea of it gives me chills. 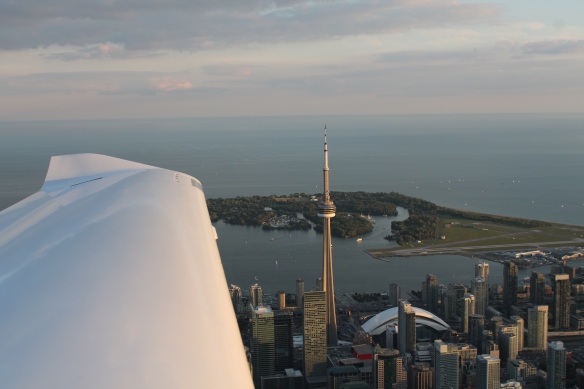 A week ago I went to Maine with my best friend to go skydiving with Vacationland Skydiving for my birthday. Not even one week later, I left Atlantic Canada with my pilot boyfriend in a two-seater Diamond Aircraft on a cross country flight to London, Ontario. My boyfriend was required to fly one of the Diamond’s to London for its routine maintenance and to bring back a different Diamond for the Moncton Flight College (MFC).  He was happy to have someone accompany him on the long journey to Ontario. I was happy to keep him alert by being his talkative co-pilot. He equally made me happy to fly in a two-seater plane over three provinces (New Brunswick, Quebec, and Ontario). Due to the Diamond being a small (and light aircraft) it doesn’t go as fast as other planes. Not to mention, we had to stop often to refuel. The Diamond can fly approximately 4 hours on a full tank, depending on the direction of the wind. Our flight to Ontario took us more than 8 hours due to the head winds. Better than driving though! 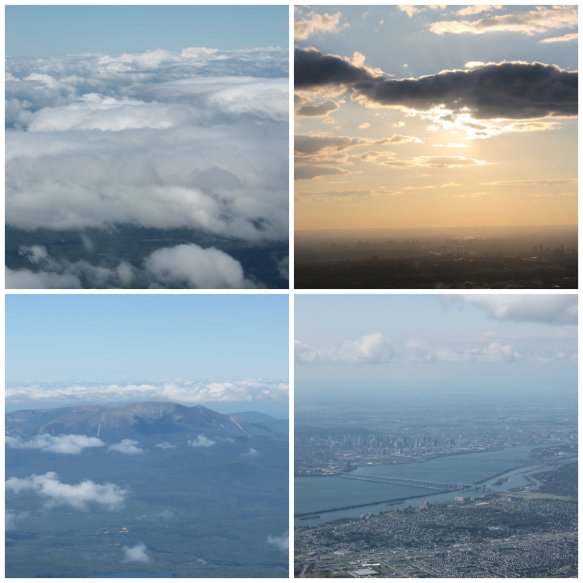 As a trained flight instructor, my boyfriend was able to give me a few flying lessons along the way! I have to say, I love flying! Although it takes immense concentration focusing on the numerous screens and dials on the dashboard, it was really neat learning what pilots actually do. It is a lot of work to multi-task and focus on the horizon, the various GPS readings, listening to the radio, paying attention to the surrounding air traffic,  and communicating with the pilot. I started to get the hang of it after a couple of tries. I must have had a good teacher because I caught on quickly. With over 15 hours in the plane I had multiple opportunities to take off, climb, cruise, and descend. I loved every aspect of flying, however the take-offs are the most fun.  I learned about landing, the most complicated part, but I left that job to the professional. Maybe someday I will attempt a landing, but I wasn’t ready or comfortable with that yet. I’ll keep observing for now. 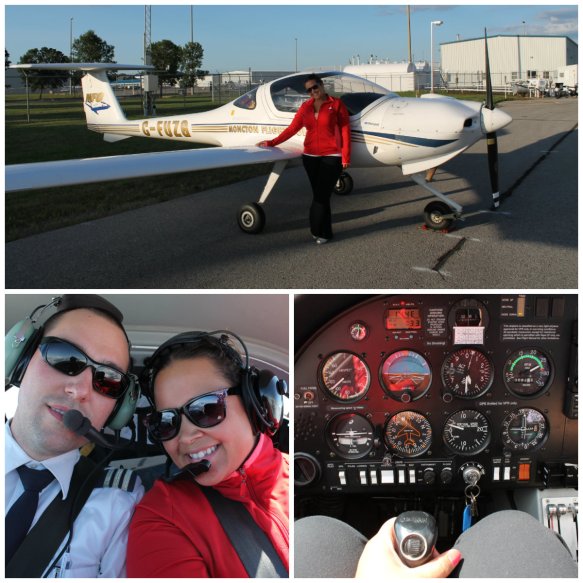 Ironically the name of the C-FNGN Diamond we flew back to New Brunswick was “Spirit of the Caribbean‘. How perfect? With a love of the ocean and the Caribbean, I thought it was fitting that I got to learn how to take off and fly a plane with that name. No better plane would be suited for me. Now that I’ve got a taste of flying I can’t wait for my next lesson. A few pilots along the way asked me if I found my new profession. As much as I like flying, I still love my job as a teacher more. I won’t be retiring anytime soon. I can say that I might have a new past time though. Anytime I have the opportunity to fly a plane, I will take it! I’m just happy I was able to help my boyfriend by taking over the controls to give him a rest. The most I flew at one time was for an hour. It was empowering. Flying over Montreal and Toronto was incredible! The view of the CN tower was the best you could ever get! There are perks to flying!

17 thoughts on “Falling from a Plane to Flying a Plane”