I always wanted to visit the Vatican City to see the smallest country in the world and the set of famous movies like The Da Vinci Code and Twilight series (among others). The Vatican City was never one of my top must see destinations, although I wanted to see it if the opportunity arose. Being in Rome made visiting the Vatican possible due to the vicinity of the city’s border within Rome. I loved Vatican City more than I expected to. That’s my favorite part of traveling! Opening myself up to opportunities allows me the opportunity to experience things I otherwise might not expect based on prior assumptions and misconceptions. My informative guided tour within the city’s walls enabled me to learn more about European history and to put things into perspective. 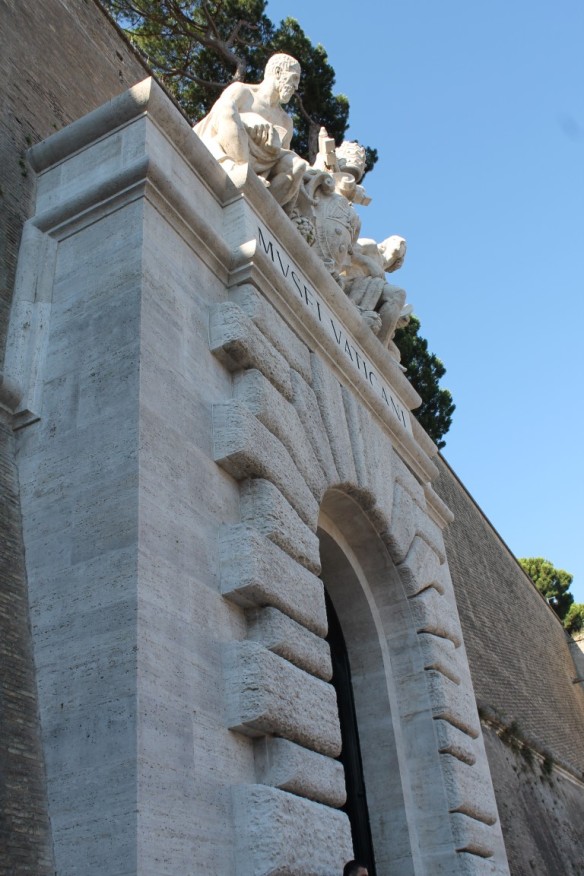 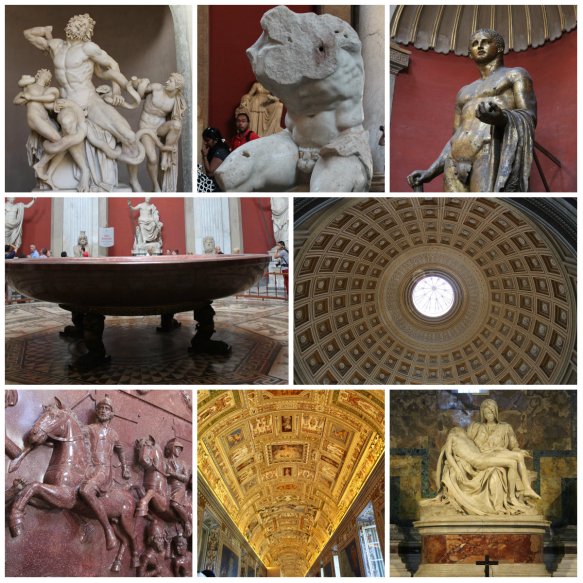 The Vatican museums are full of famous European artists masterpieces and other historical pieces. The Vatican City has one of the world’s most impressive (and valuable) art collections, marble zoo, and favoured sculptures. Lovers of the arts flourish within the Vatican walls observing one of a kind rare works. The most famous of course is Michelangelo’s paintings within the Sistine Chapel. Although Michelangelo started out as a sculptor (and not a painter at all), he was chosen by the pope based on his handiworks to paint the chapel. Reluctant, and unskilled, Michelangelo did as expected. “No” was not an option. It took him a year to learn techniques from other artists and to gather the necessary materials, while mixing colours from natural stones to make his colour palette. Once he began painting the ceiling of the grand chapel, it took him 4 years to finish it with the Pope constantly asking when he would finish in fear that he would die before he could see Michelangelo’s final product. He started painting the end of the chapel ceiling to the beginning in fear of dropping paint on the Popes head who sat at the front. With no sample to measure scale, he had to just start painting and hope that the images could be seen from the floor. After painting 3 frames, he climbed down and realized he needed to paint the people larger, hence why 3 of the frames on the ceiling are smaller than the others. The images at the front of the chapel on the ceiling are the largest of all and the perfect size for the chapel ceiling. Michelangelo improved with time and experience. 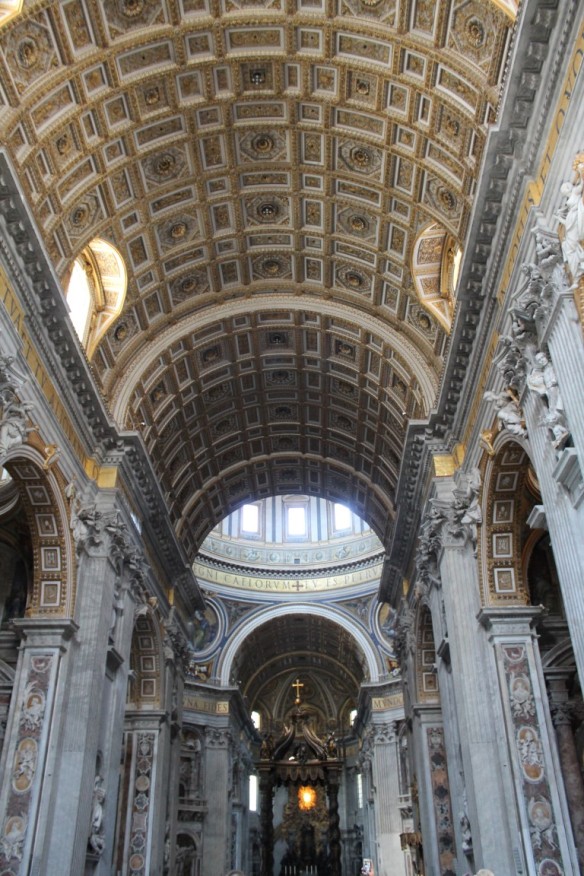 In later years, Michelangelo painted the front wall of the chapel. As a more experienced painter, he no longer needed to paint within boxes and frames; the images are also more intricate, detailed, and with his own personal style added (he added his own portrait within one of the images, along with faces of people within society). Michelangelo was respected and the Pope trusted that he knew best in fear that Michelangelo would add the Pope’s face in a negative way. Learning all about the paintings and then seeing them in person made history come alive before my very eyes. I was in the presence of the works of one of the world’s most famous and well known artists. 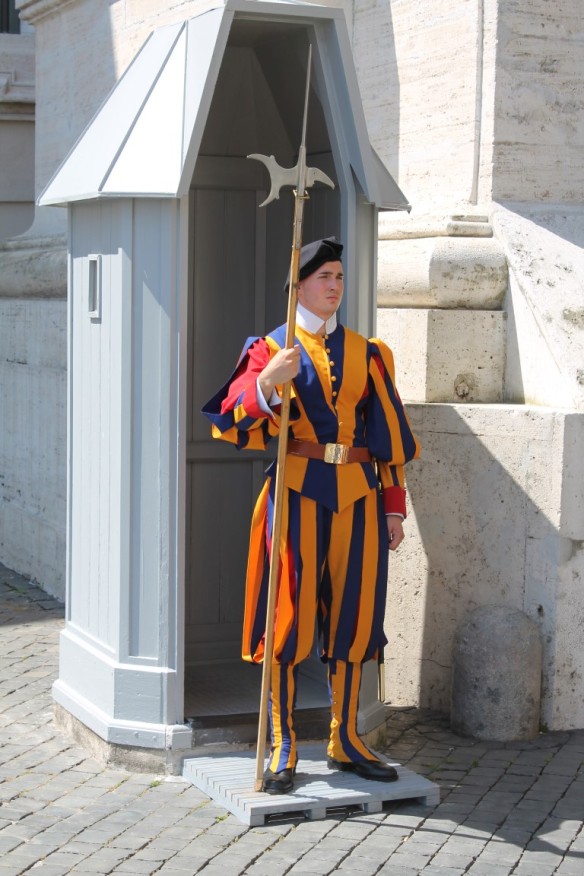 Throughout my day in the Vatican City, I also explored St. Peter’s Basilica, the world’s largest church and the heart of the catholic faith. St. Peter’s square, in front of St. Peter’s Basilica, is the heart of the city and where civilians flock to get a glimpse of the Pope when he makes his appearance on Wednesdays to bless people (when he is in town). Visiting the Vatican City was one of the most historically and culturally rich educational experiences I have ever had. The only thing I missed was sending a post card to my youngest brother from the Vatican post office.