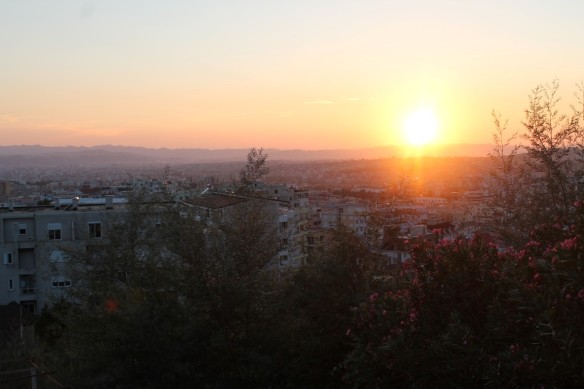 A country I never thought I’d ever visit is Albania. The quickest way to get to Montenegro and Croatia is through Albania so my Topdeck tour had me driving through Albania and staying in Tirana to experience a little taste of a fairly new country with a complicated political, religious, and communist past. If I weren’t doing a Topdeck tour, I wouldn’t visit Albania on my own; however, I am happy that I got the opportunity to visit a place outside of my comfort zone. Albania is a country that was once war-struck, yet is the country where Mother Theresa came from (Tirana’s airport is named after her), a country that has 27 different words for mustache (funny), and a country where surprisingly, 90% of the population drives a Mercedes (who would have thought?). Albania is working actively toward erasing its tainted history, and the tourism industry is growing each year, especially with more and more Topdeck buses (among other tour operators) driving through. The 20th century has brought many positive changes to Albania. My quick visit in Albania was an eye opening experience.

In between the few big cities in Albania, the landscape is sparse, dry, and quite mountainous, with clouds hovering below the peaks. Amongst the half-built buildings, old political bunkers, and rubbish throughout the country, beautiful white cathedrals and new and modern buildings with trees and gardens atop can be seen scattered throughout. Many Albanians live aboard and left during the troubled years, yet those who stayed are working toward a brighter future for Albania in the global economy. Albanians take pride in their appearance and are very well dressed. I experienced firsthand that Albanians are the craziest (and most impatient) drivers in the world; I am surprised we didn’t witness or have an accident. Albania is the only country in Europe, other than the Vatican City, to not have a McDonalds, although it has its own version of it. Numerous European countries have influenced Albania in the years after the fall of communism, especially influencing the food varieties available (i.e. German and Italian).

During my driving tour of 400 year old Tirana, the capitol city, I learned that 1 million, 1/3 of Albanian’s population live there. I saw many remains from the communist period,  political bunkers (many of which have been transformed into homes), and old pyramids which are reminders of a period of terror. The center of the city has the largest pyramid off the main boulevard. The abandoned pyramid is boarded up, covered in graffiti, and surrounded by homeless and transients. The population has mixed emotions as to what should be done with the pyramid, whether it should be renovated into a memorial or demolished to erase the reminder of communism. The Boulevard of Martyrs is devoted  to those who died during WWII. I also saw the head quarters of the Albanian government (ironically located diagonal from the dilapidated pyramid), Old Tirana, the original houses in Tirana (brick 1-3 story homes), and local roadside markets. Pollution and transportation is an issue is Tirana due to the fact that every Albanian family has a car because before their freedom, everyone was forced to use public transit. Gypsy families roam the streets begging for money. Young children and women holding infants with smiles on their faces walk in the middle of the road washing car windows for spare change. Even with the blatant poverty and hardship unlike anything western countries face, Albania is recovering from years of fear and manipulation under a communist hand. The country is actively looking for solutions to improve the livelihood for its people.

Visiting Albania was an eye opening experience and a reminder to be grateful for what I have. It has always been important for me to see the different ways in which people live, and not just to the western standard. My previous trips to Mexico, Central America, and South America allowed me the opportunity to travel within third world countries, while giving back through voluntourism–a revolutionary travel movement. Visiting a third world country in Eastern Europe is another opportunity to see a realistic and non-touristy view of Europe. 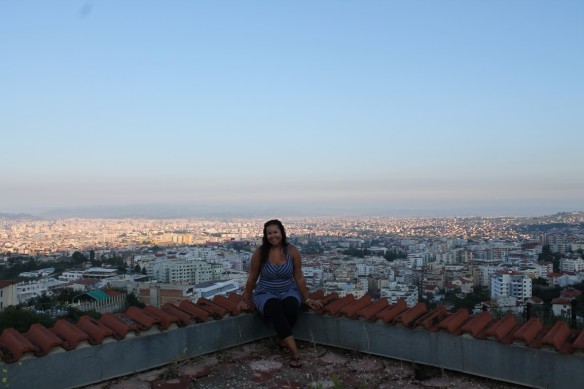 13 thoughts on “Through Ablania I Must Go”