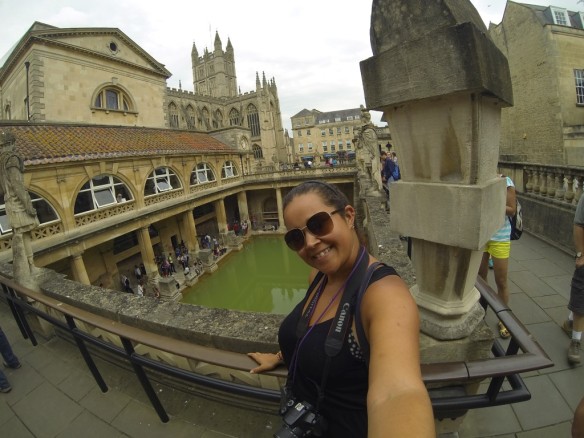 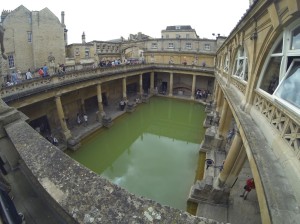 After visiting Stonehenge, there was one more must-see landmark I wanted to see in England before flying back to Canada–Bath. Although I couldn’t see everything in England, after London, I knew I wanted to make it to Stonehenge and Bath. Bath is a small city of about 90,000 people, popular for its thermal water, old palladium style bridge, Sydney House, Sydney Gardens, Roman ruins, and because it’s the city where Jane Austin used to live. Bath is also a beautiful place to visit because in the distance you can see Wales in the horizon. 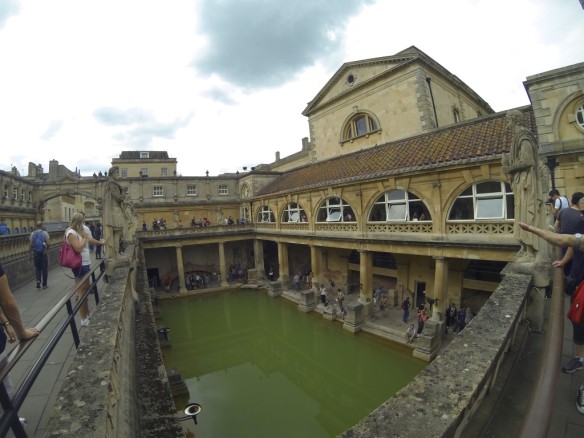 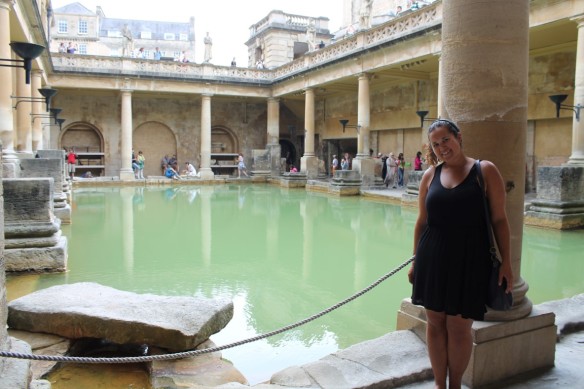 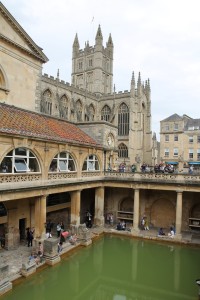 5 Things I love about Bath:

2. The laid back atmosphere

4. The colourful flowers and green parks

5. The emerald green-turquoise water at the Roman Baths

Walking through the Roman Baths and seeing all of the Roman rubble and artifacts brought me back to the Roman period when  the Celtic people in Britain looked up to Sulis Minerva who was believed to be the goddess of life, nourishment, and protection. The cult statue of Sulis Minerva rests at the Temple in Bath. 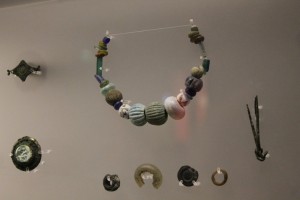 Among the other artifacts at bath, I noticed that the romans too like turquoise, because of the blue and green coloured stones they precisely chose for jewelry.

For those who would like a romantic, quiet, and green setting in England, Bath is the perfect place for you. Bath is a small city nestled between green rolling hills where you can stroll through the streets with a coffee, have a picnic, or listen to street performers outside of the Roman Baths. Is this your English heaven? 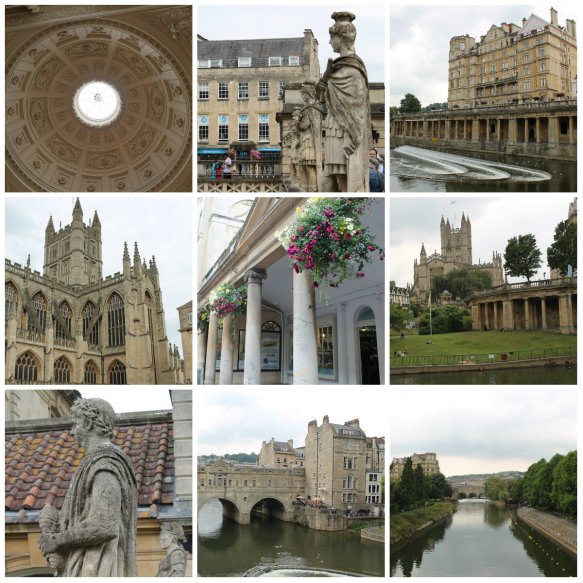 10 thoughts on “The Roman Baths in Bath, England”