Landing in Mexico for the first time as a solo female backpacker went surprising smooth, with the odd transition here and there. It was much easier than I thought it would be arriving at the airport and finding my way to the hostel (by myself—without speaking much Spanish). Prior to departing Canada, I spent so much time telling everyone how fine it would be with me traveling alone, yet it wasn’t until the airplane was making its descent for Mexico that I realized how scared crapless I was. My heart was racing, my hands were clammy, and I started thinking of the worst things that could or would happen to me. It was in that moment when I realized: this is real.

My decision to backpack alone throughout Mexico and Belize in the summer of 2008 would become one of the biggest turning points in my life. I was tired of doing what everyone else wanted to do, going with the flow (other people’s flow), and not following my full potential. At that point in my life, I had never backpacked alone and had only done one backpacking trip prior to Honduras and Nicaragua, which was party a volunteer venture. This trip meant going off into the world alone, ready for whatever the world would throw at me, and ready for one of the best adventures of my life. This first trip to Mexico changed me (I’ve been to Mexico 3 times now). It instilled a desire in me to see more of the world and to make it happen. And I did.

When I landed in Mexico, alone with my backpack in tow, I took public transportation for a few pesos into Cancun city (not the touristy Cancun) with locals, and walked to the hostel from the central city bus station with illegible directions written on a scrap of paper. It’s no wonder nothing happened to me that very first day. With visitor stamped on my forehead, I naively traipsed through the narrow streets until I found my unmarked hostel after a few wrong turns. With sweat dripping down my brow, I was proud of myself that I accomplished something. I did it, without help from anyone. I took a chance that I could do something brave and out of the ordinary. This was the new me. 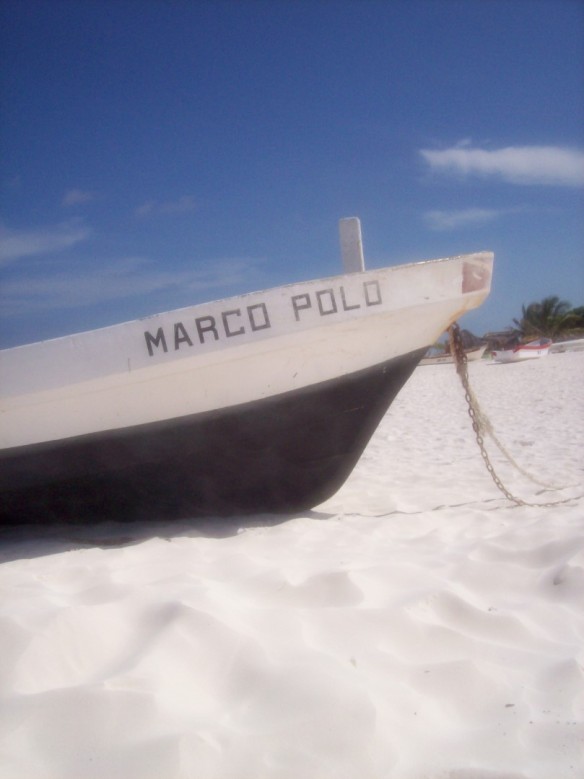 Exhausted, I landed at my first destination; the starting point of my adventure. Within minutes, I settled into the hostel and even found a grocery store nearby to pick up some things for my first adventure the next day to one of the many Cancun Island beaches. It wasn’t long before I was becoming friends with strangers who I had met in my room. I met four other girls, one of which was also traveling alone, and on that very first day we all went out for dinner as if we had been friends for life. How is it that you can meet someone for the first time in a foreign country and hang out as if you’d known each other your whole lives? That’s what traveling alone is all about! Those incredible moments of human connection. 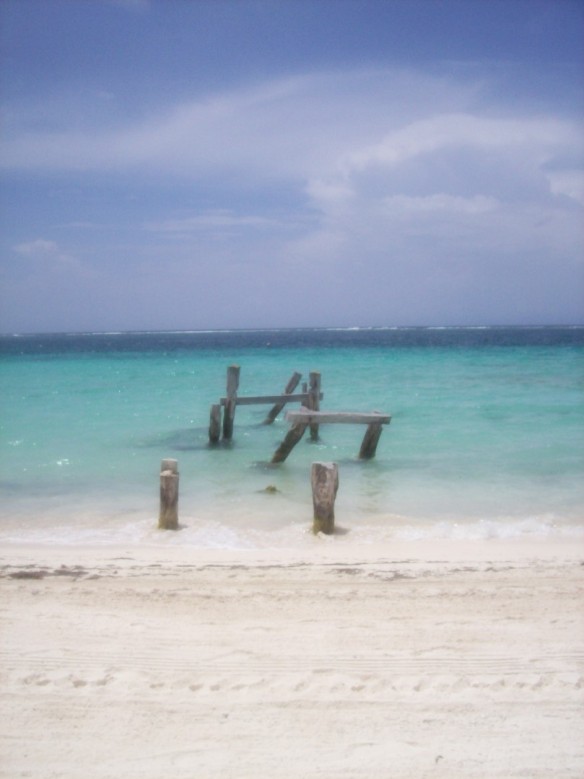 Without knowing where I would go next or for how long I would stay, I knew that it would all work out somehow. I only booked my first hostel and only for two nights to get me started. From there, I had no idea what I would do (or what I would want to do). I decided that for the first time in my life that I would let chance and faith take control. I would attempt for the first time in my life to not worry about the planning, but let life happen. Life indeed happened, and it changed me.

This is the beginning of my Mexican diaries… stay tuned for more!

46 thoughts on “Landing in Mexico as a Solo Female Backpacker”