As soon as I arrived in Lauterbrunnen I dropped my bags and went exploring the quiet village nestled in the valley of the Swiss mountains before dinner. With only a couple days to explore Switzerland, I let no time waste. The glacier formed valley in the alps had so much character and charm. Each house had different coloured shutters and flower boxes adorning each window. The steeple of the beautiful stone church in the center of town reached towards heaven. The ringing bells echoed throughout the town and transported me to a simpler time. The picturesque cemetery behind the church was enclosed by a cast iron fence and the headstones were laden with multicolored flowers and surrounded by vibrant green grass. A cemetery says a lot about a community and this one is cared for with pride and love from cherished memories of loved ones; it was one of the most beautiful cemeteries I have ever seen. This is Switzerland! END_OF_DOCUMENT_TOKEN_TO_BE_REPLACED

Regardless of where I am traveling, I try to find things to do in the great outdoors. Nothing feels better than the refreshing air of Northern Ontario’s great outdoors (minus the misquotes). I really get a sense of a place when I can experience nature up close. I typically hike in each destination that I visit, but I’m always looking for new and unique ways to get close with nature. Through Tourism Timmins, Timmins Ontario offered me two one of a kind experiences which allowed me to get down to earth with mother nature. Visiting the Millson Forestry Service and Timmins Ecological Beekeeping Association had me on my toes learning about how these two organizations help the environment. END_OF_DOCUMENT_TOKEN_TO_BE_REPLACED

After traveling for 5 months straight in Canada, U.S., Australia, and New Zealand, it was nice to travel east–to eastern Canada that is. Since I hadn’t been in my own house since January 3rd 2014, a visit home in between trips was a nice treat. As much as I love traveling, going on trips, and exploring new places there is nothing better than returning home after a hyperactive tour of 4 countries in 5 months. I mentioned in a previous post last week that there comes a time when I just start to miss the simple comforts of home when on a long trip away. After over 24 hours of flying time and nearly three full days of transit, I landed in Nova Scotia to visit family and friends in south eastern Nova Scotia–the home of small coastal towns and amazing beaches. END_OF_DOCUMENT_TOKEN_TO_BE_REPLACED

The drive from Kaikoura through Havelock and Nelson to Marahau was out of this world. The stunning mountain views were like a mirage in front of my very eyes. The drive from Kaikoura to Nelson is known as the winery route. Endless vineyards sit at the base of the mountains along the scenic drive. The backdrop was as if it were a painting, too good to be true. The drive from Nelson to Marahau was along a steep curvy road through the mountains. The magnificent views during the long slow drive made it worth it. As I sat silently on the bus looking out the window, I wouldn’t have wanted to be anywhere else in that moment. END_OF_DOCUMENT_TOKEN_TO_BE_REPLACED

Noosa National Park and Headlands is one of the most beautiful coastal parks I have ever visited. The coastal track through the park took me through Noosa’s five stunning beaches: Sunshine Beach, Alexandria Bay, Tea Tree Bay, Little Cove, and Main Beach. The spectacular wave cut rock formations, open woodlands, healthlands, and wind swept coastlines makes the park one of a kind. Walking along the high cliff edges above the deep turquoise coloured waters is a hike I will never forget. END_OF_DOCUMENT_TOKEN_TO_BE_REPLACED 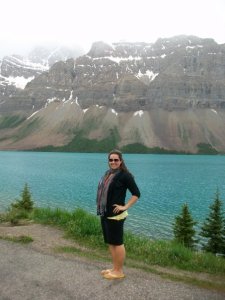 When people think of Alberta, Canada they automatically think of Banff National Park. As beautiful as Banff is, nothing beats the turquoise treasures found beyond Alberta’s beloved Banff.  I spent about three weeks in Alberta in 2009 and nothing tops what I saw on my way to Jasper and in Jasper National Park. The views were out of this world. Less touristy than Banff, Jasper offers visitors a more rustic and authentic mountain experience in the Northern part of Alberta. The quiet picturesque park offered me everything I could have imagined: glacier lakes, ice caves, snow-capped mountain tops, animal sightings, and nature in its purest form. END_OF_DOCUMENT_TOKEN_TO_BE_REPLACED

Incredible Adventures took me on a journey of a lifetime from San Francisco to the grand mountains in Yosemite National Park. Yosemite National Park was unlike any other park I’ve been to in the United States. Most of my time lands me on the coast, in the ocean, or in valley forests like Muir Woods for instance. In rare opportunities like this, I find myself in the mountains. The enormous granite mountains stand confidently behind the colourful valley. I’ve not seen mountains of this magnitude or ones made of sheer rock face before. The mountains in Canada are typically snow capped or covered with ever greens. The steep sleet cliffs amazed me as I stood in the valley below looking up at the wonder above me. END_OF_DOCUMENT_TOKEN_TO_BE_REPLACED

As I was hiking in Yosemite National Park, California with Incredible Adventures I stumbled across two painters in a field.

I was amazed by every sunrise and sunset on Oahu, Hawaii. Each time it was different, but each time it took my breath away. Hawaii continued to amaze me. Hawaii is one of the most beautiful places in the world. After hiking the Pillbox in Lanikai for the sunset, I was blessed with this incredible view: 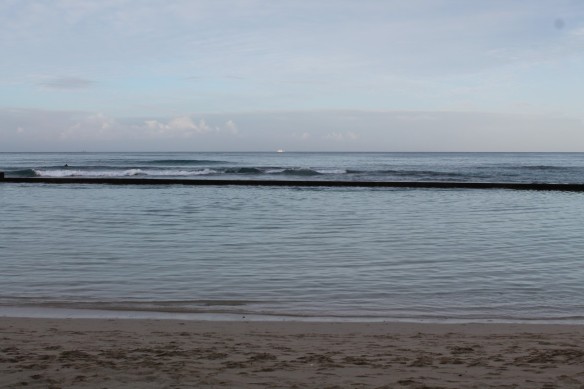 My first day in Hawaii was a dream. Waking up with the sun and walking along Waikiki beach as the city awoke was beyond words. My first sunrise in Hawaii took my breath away. I kept repeating aloud I’m in Hawaii. I’ve finally made it to the one place I’ve always wanted to be. Already I feel at home, as if I was meant to have an island life…especially in Hawaii. END_OF_DOCUMENT_TOKEN_TO_BE_REPLACED